The 2nd Chinese-Portuguese Translation Contest for Higher Education Institutions in China was held on October 29th. The Contest was co-organized by the Chinese-Portuguese Bilingual Teaching and Training Centre of the University of Macau and the Department of Hispanic and Portuguese of the Beijing Foreign Studies University that aims to promote the exchange of Portuguese language teaching in China, encourage Portuguese students to participate in the practice of translation, and discover qualified translators in both languages.

Due to the prevention and control of the epidemic, the Contest was held online via VooV meeting. The organizing committee assigned the translated texts and contestants had to translate the texts into Portuguese or Chinese, with their cameras on, within the specified time. Contestants were prohibited to use the Internet and any other reference materials, except paper dictionaries, which tested the translation ability and level of the contestants. 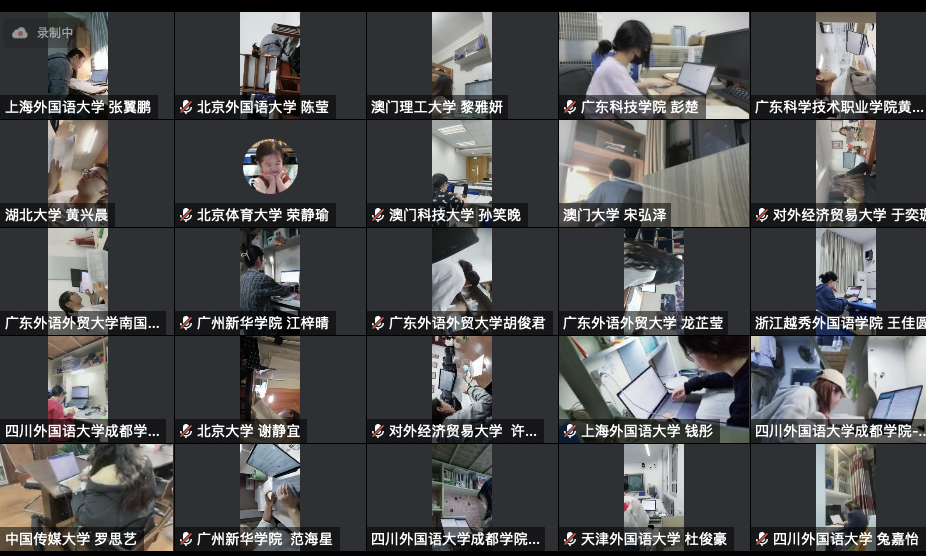 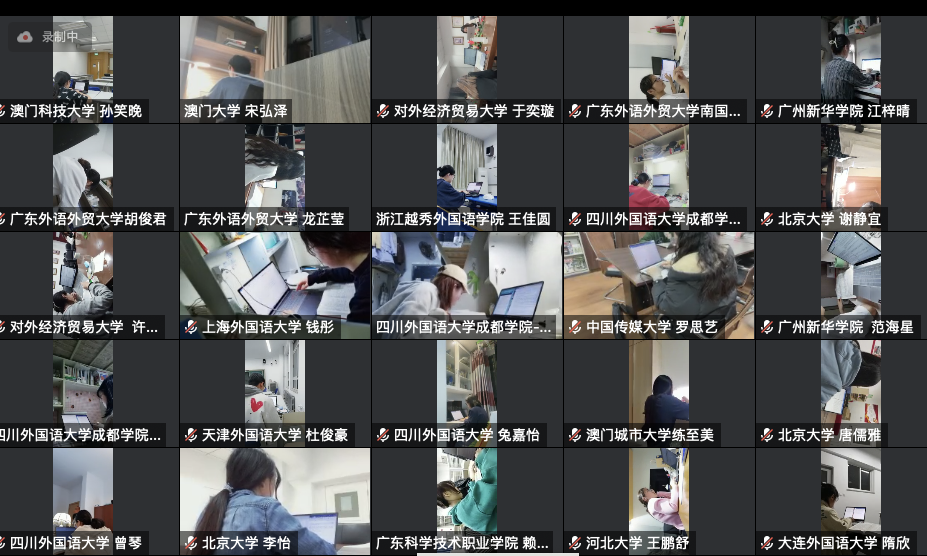 After the Contest, the organizing committee submitted all the translated texts to the jury anonymously. The organizing committee will review all translated texts and rank them based on the average score. Professor Yao Jingming from the Department of Portuguese of University of Macau and Professor Ye Zhiliang from the Department of Hispanic and Portuguese of the Beijing Foreign Studies University are the co-chairmen of the jury. The jury consists of eight renowned experts in the field of Chinese-Portuguese translation. The juries for the Chinese-Portuguese translation category include Tiago NABAIS, a Portuguese translator, Amilton REIS, a Brazilian translator, Giorgio SINEDINO, the Brazilian sinologist and translator, and Zhang Jianbo, assistant professor of the University of Macau. The juries for the Portuguese-Chinese translation category include Fan Xing, assistant professor of the Beijing University, Jin Xingyi, lecturer of Beijing Foreign Studies University, Xu Yixing, professor of Shanghai International Studies University, Zhang Xiaofei, senior lecturer of the University of Macau. 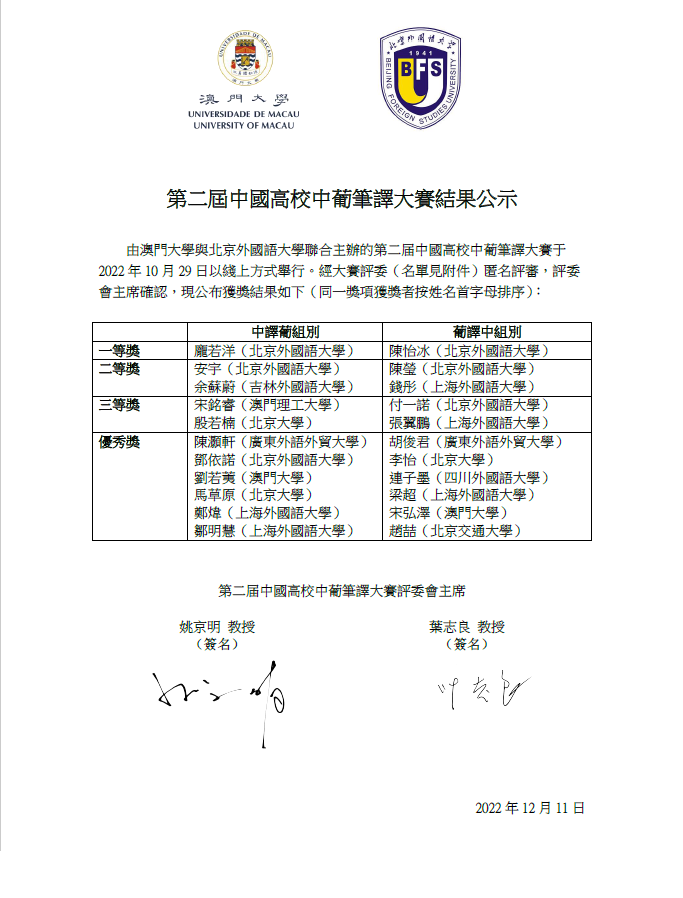 Other News
CELEBRATIONS OF THE CENTENARY OF JOSÉ SARAMAGO
Read More >